Memoir: Do I Use Their Real Names? 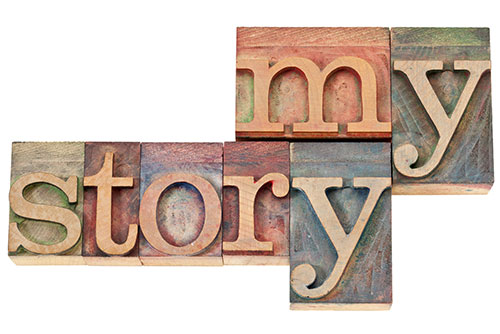 “Should I change the names of the people in my memoir?”

This is a question that gets asked every time I work with authors who are writing about their own lives.  You can’t very well write about your life without writing about the people in your life.  None of us lives in a vacuum (except maybe a monk living in a cave in the Himalayas, but so far I haven’t had any cave-dwelling monks as clients).

Of course, this question wouldn’t arise if the people in my clients’ lives had behaved nicely.  These authors aren’t worried about writing that Uncle Saul was an absolute angel.  Let’s face it, you probably want to write about your life because it’s been hard.  Perhaps you had a harrowing childhood or you escaped from an abusive relationship, or maybe you built your dream despite all the naysayers.  If there’s drama or conflict (and drama and conflict make for good storytelling), then at least one person was a jerk.

But just because someone behaved badly doesn’t mean you want to ruin that person’s life by exposing him in public.  (And you certainly don’t want to end up getting sued for slander or libel.)  So what do you do?  Do you write your story as fiction?  Do you move your town halfway across the country and rename all the characters?  Do you change all recognizable traits?

If anyone tries this tack, I’d love to hear how it works.  If, however, you’d rather not mention genitalia in your book, you’re still left with the question:  “Do I use their real names?”

The answer I usually give my clients comes in three parts:

1.  Write your first draft exactly as it happened, using all real names and places.  You (like most writers) already battle with enough resistance and procrastination when trying to write; don’t make it worse by censoring yourself.  The best way to write a first draft is to remove all censorship and pour it out onto the page.  Save the editing and decision making for a later draft.

2.  Wait until you’re ready to sit down to your second draft (or third or fourth) to decide what you’re going to do about the name issue.  After completing the first draft or two, you might have more clarity on the pros and cons of using real names.

3.  Before publishing your memoir, get feedback from others and, if necessary, consult an attorney.  We’re often far too close to our own writing (and our own story) to see it clearly.  Hire an editor or enlist a trusted friend (trusted to be kind, but also to tell the truth) and ask her how she thinks you’ve portrayed a particular character.  You might be surprised.  Perhaps you think you’ve written Uncle Saul as a complete ogre, while your editor or friend finds him endearing.  Regardless of how you have portrayed the people in your memoir, if you use real names, or if the characters are otherwise recognizable, you may need to get signed permissions.

Steps to Take to Protect Yourself (And Those You Write About)

If Uncle Saul really does come off as a complete putz, you probably will want to change his name, and you may even need to alter recognizable traits or story elements.  This is where an attorney well-versed in publishing could come in handy.  If you have the good fortune to have sold your book to a publishing house, their legal department will take care of that part, vetting the manuscript before it goes to press.

Even if you paint a character in a glowing light, it’s not a bad idea to have a conversation with him before publication, and be willing to show him the scenes in which he appears.

Whatever feedback or advice you get, in the end you’re the one who has to live with the decision and its consequences.  Remember, too, that you have the option to use some real names and some pseudonyms.  You can explain that choice in a disclaimer at the beginning of your book.  The disclaimer language goes something like this:

The stories in this book reflect the author’s recollection of events.  Some names, locations, and identifying characteristics have been changed to protect the privacy of those depicted.  Dialogue has been re-created from memory.

I (and other readers) would love to hear how you have solved this dilemma of whether or not to use real names.  Please leave a comment below!

This article was adapted from a post on my blog: http://writingcoachnomi.com

WANT TO REPRINT THIS ARTICLE ON YOUR SITE? You may, but only if you also include a byline and the following wording: “Copyright 2014 by Nomi Isak. All rights reserved—http://writingcoachnomi.wordpress.com.”

How to Begin Your Novel — and Why Beginnings Are Important

The beginning of a story is crucial. It can make the difference in gaining the attention of a prospective agent, acquisitions editor, and ultimately the reader. So, how do you start? Here are some suggestions to help you find your beginning.

5 Tips for Writing a Memoir About Trauma

Trauma creates chaos, while writing brings new order: imposing a beginning, middle, and an end. Here are some key suggestions for how to approach writing a memoir about trauma.

How writing about trauma can benefit us — both emotionally and physically.