Memoir and the Art of Memory 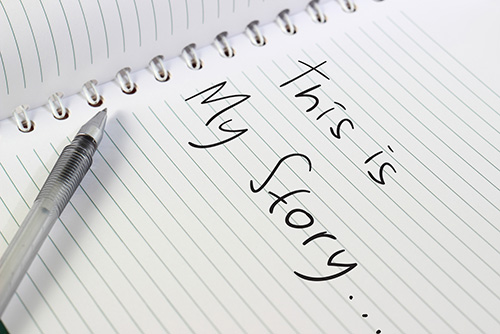 In every memoir and personal essay class I teach, one anxiety-arousing subject always comes up: How can I be sure this is true? Students ask the question. They worry about what they can’t remember and they wonder if what they do remember is accurate. What, they ask, if my sister remembers this story differently? What if the story of my marriage is different from the story my partner remembers? What if the way I remember meeting my best friend conflicts with what she remembers? And what about all those empty spaces in my memory bank?

The question calls for conversation, and I usually begin that conversation with a larger question: Why are you writing a memoir?

Memoirs that are driven by ego (I want everyone to know who I am, what I am, how I am) are bound to fail either because they are artless (which is not to say they won’t sell) or because in writing we expend all our best efforts second-guessing ourselves and others. (Will they believe me? What if they don’t? Do I believe myself?) Seeking “the truth” is a difficult task, and though that task confronts any writer who is worshipping at the altar of “reality,” we must remember first, we are not walking tape recorders. So where is the line between our memories and fiction?

In my classes we spend much time talking about the kind of truth memoir writing requires and about the fact that writing memoir is not simply an exercise in excavating memory. The author’s responsibility to “absolute” truth has been subject to much public debate, often spurred by those who thoroughly invent at least part of their stories. James Frey’s A Million Little Pieces and Stephen Glass’s fabrications, for instance, aroused much debate (sometimes outraged) about the meaning of “fiction” and “nonfiction.” It is important that we not confuse whole-cloth invention with our vulnerable memories. But it is equally true that writing memoir, like good writing of any kind, involves a re-creation of our memories into compelling narrative.

As Rosaline Cartwright wrote in the Science of Dreams, “Memory is never a precise duplicate of the original . . . it is a continuing act of creation.”

Socrates believed memories were analogous to impressions made in soft wax; early 20th-century researchers regarded our memories as imprints in our brain activated by recollection. Frederic Bartlett’s studies of the 1920s and ’30s on “constructive memory” taught us that our memories are not immutable, that we do not store a memory in a single location in the brain, but rather we join together memories into a coherent representation of our past experience. Bartlett called this “binding”; if we attempt to recall an experience that hasn’t been bound into a coherent whole, we recall only in fragments.

This means when we work to remember, we’re not simply working to unearth immutable truths. Rather, we are using our imagination to reconstruct our lives. Of course this means that there is a slim chance our memories will match the past precisely—or that our memory will match anyone else’s memory of the same event.

The neurologist Oliver Sachs writes at length on this subject, exposing the mechanisms by which we fabricate our memories. As he explains, without meaning to we often blur the line between that which we have experienced and that which we have heard, seen, read, imagined, and discovered throughout our lives. “There is no way,” Sachs writes, “by which the events of the world can be directly transmitted or recorded in our brains; they are experienced and constructed in a highly subjective way, which is different in every individual to begin with, and differently reinterpreted or reexperienced whenever they are recollected. . . .”

Like so many writers before them, my students ponder these ideas, debating the ways in which our memories deceive and/or elude us and what that means for writing memoir and personal essay. David Sedaris, in a 2008 interview with The Christian Science Monitor said, “I’ve always thought that if 97%of the story is true, then that’s an acceptable formula.” (Be warned, when it comes to numbers, James Frey got into hot water for believing memoir had to be just “85% true.”) The brilliant David Foster Wallace once told an interviewer at The Boston Phoenix that he had a casual attitude toward the distinction between fiction and nonfiction. Frank Bruni, New York Times columnist, wrote about the problems he confronted when friends and relatives read a draft of his memoir, Born Round. “. . . as I finished the book and then fielded relatives’ and friends’ reactions to it, I confronted the spottiness of memory. . . . What was missing and forgotten was less often crucial or even trivial details of events than the events themselves, gone in their entirety. . . . I came to see that our memories aren’t really patchy; they’re patchworks, oddly and randomly retrieved bits and scraps that we weave together into something we believe to be a more integrated, seamless fabric than it really is. . . .”

A recent piece on Ira Glass’s This American Life is an exquisite example of the ways in which we so often reconstruct our memories; Michael Lewis, who tells the story, suggests that we reconstruct in order to support our understanding of the world, our philosophy of life. In My Ames Is True, Lewis tells the tale of Emir Kamenica, a Bosnian refugee who became a Harvard graduate and has achieved great success. In his own version of his life story, Emir says he owes most of his good fortune to a random stroke of luck, to the day Ms. Ames, a student teacher he met in high school, decided to help him get into a better school; he has not seen or talked to her in decades, not since that fateful “stroke of luck.” When This American Life tracks down Ms. Ames, she tells an entirely different story of what happened—down to every last detail.

So whose memory is imagined? Exaggerated? Whose memory has been corrupted by time or by the teller’s emotional investment in the narrative turning out a certain way? Who is telling “the truth?” Who is fabricating?

I believe Oliver Sachs has it right:

“Frequently, our only truth is narrative truth, the stories we tell each other, and ourselves—the stories we continually recategorize and refine. Such subjectivity is built into the very nature of memory. . . .”

WANT TO REPRINT THIS ARTICLE ON YOUR SITE OR IN YOUR EZINE? You may, but only if you also include the following: “Copyright 2014 by Amy Friedman. All rights reserved. Contact: amy@amyfriedman.net – www.laeditorsandwritersgroup.com

Amy Friedman has written, ghostwritten, and edited dozens of memoirs and creative nonfiction works. She has published thousands of essays and stories, and writes the internationally syndicated newspaper feature Tell Me a Story. View profile.