Do you know what will happen the day after Halloween? Thousands upon thousands of amped up writers—both veteran and novice—will sit down at their computers with the goal of writing a 50,000-word novel in the span of a single month.

This novel-writing frenzy is the result of National Novel Writing Month (NaNoWriMo), which began in 1999 with twenty-one San Francisco writers determined to make their voices heard. By 2014, there were 325,142 participants from countries all across the globe. Since those early years, hundreds of novels that started as NaNo drafts have been published.

Does everyone who participates complete a full 50,000 words? Of course not. But many do, and even those who don’t hit that mark do have hundreds or thousands of words more than they did on October 31.

“Because of the limited writing window,” says the NaNoWriMo website, “the ONLY thing that matters in NaNoWriMo is output. It’s all about quantity, not quality.” The site goes on to say, “Make no mistake: You will be writing a lot of crap. And that’s a good thing. By forcing yourself to write so intensely, you are giving yourself permission to make mistakes. To forgo the endless tweaking and editing and just create.” In other words, it’s the perfect arena for busting writer’s block.

There’s even plenty of support and community surrounding this novel experience, including forums, pep talks by mentors, prep resources, and badges for milestones. It’s the perfect setting for novices and veterans alike. According to the guidelines, you can’t start writing until “the stroke of midnight on November 1.” But you’re encouraged to sign up beforehand and get connected to the buzz.

Not available in November to make an exclusive commitment to your computer? You can participate in the more open-ended Camp NaNoWriMo, which has sessions in April and July and has more flexible word-count goals (from 10,000 to a million).

If procrastination is your constant companion or you’re just feeling blocked, there are myriad ways to get your butt in your chair and your fingers on the keyboard. A deadline—such as that offered by NaNoWriMo—is just one of hundreds of roads out of the writing jam. A deadline tempers perfectionism, which is often at the root of procrastination or writer’s block.

My clients and students also find accountability helpful—someone (such as a writing coach or workshop facilitator) who’s expecting to see that next installment of your manuscript. Bottom line is this: If you’re stuck, you don’t have to struggle on your own. Reach out and ask for support. 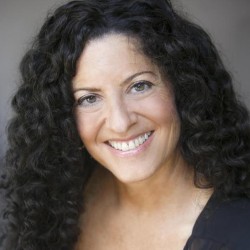