What Is a Bestseller?

Publishers gamble on books all the time.

As a ghostwriter, there’s only one thing that haunts me. It’s the specter of the bestseller. The authors with whom I work may not dare to say it out loud, but every one of them wonders, “Could my book be a bestseller?” To those who ask me point blank, I usually respond that there are no guarantees, timing and luck are everything, publishing isn’t a business, it’s a casino—all the old saws publishing folk have been telling one another for ages. Instead, maybe I should be directing my clients to a different question: “What is a bestseller?” The answer is not as simple as the word bestseller implies.

Among bestseller lists, the one compiled by the New York Times is considered to be the holy grail. Other popular national lists include Publishers Weekly, USA Today, and Wall Street Journal. Each uses a different method to calculate its list. Every week, for example, the New York Times asks 4,000 booksellers to report their best-selling titles. But as Wendy J. Woudstra reveals, “The Times sends out a list of ‘expected’ bestsellers, mostly compiled from books submitted by the major presses. A book selling just as well as the ones on the list could be missed entirely by this system.” USA Today follows the sales at 3,000 bookstores and online sellers, and compiles a single bestseller list of 50 titles (150 on its website) that includes all genres. Publishers Weekly has nine different bestseller lists. The Los Angeles Times, San Francisco Chronicle, Chicago Tribune, and Boston Globe all have bestseller lists, as do newspapers in most cities. If your book makes it onto one of them, you’re a bestselling author.

In “The Book Industry’s Best-seller Lists,” Eliza Truitt explains that these lists “tell us not which books sell the most, in absolute terms, but which fiction, nonfiction, or advice books sell the fastest at the bookstores list makers think deserve attention.” A book that sells 20,000 copies in one week may land atop a bestseller list even if its sales drop off quickly, while a book that sells 200 copies a week for ten years will never make it onto a list.

Amazon.com’s rankings are even more fluid. The system that never sleeps bestows “Amazon bestseller” status to any book that edges into the top 100, even if only for a day.  It took about 30 seconds for authors and publishers to realize that if they launched a campaign asking everyone on their email list to buy a particular book on the same day, they had a good chance of getting the book into Amazon’s top 100. Then it could honestly be called an Amazon bestseller. Amazon’s ranking formula does give extra weight to books that remain in the top 100 for long periods of time, and its ranking displays the number of days a book has been on the list. “Secrets of the Amazon best-seller list,” by Marion Manaker, spills the beans on how some authors attempt to manipulate Amazon’s ranking system.

The most straightforward measure of bestseller status would seem to be the number of copies a book actually sells. However, there is no magic number that people in the publishing industry agree should equal “bestseller.”  Some say it’s 10,000 copies. Some say 35,000. Sometimes it depends on the type of book. One publishing insider, writing on the blog Editorial Ass, says that “if you sold 7,000 or more copies, in hardcover, of your literary novel, you’re a star.”

The word bestseller begs the question, “What’s the competition?” Each year, more than 280,000 new books and editions are published—and that’s not counting all the books that are already in print. According to literary agent Noah Lukeman, “It is easy to gauge if a book is a huge failure, selling only 100 copies, or if it is a huge success, selling 100,000 hardcovers—but what if it falls into that gray area? What if it sells 7,000 hardcovers? Or 11,000 trade paperbacks?” He goes on to offer this hard data: “Most debut literary story collections net approximately 2,000 hardcover copies. Most literary first novels net between 3,000 and 7,000 hardcover copies. Most commercial first novels net between 5,000 and 10,000 hardcover copies. Nonfiction is genre specific . . . [but] netting at least 20,000 hardcovers in any genre will usually be enough to make any publisher pay serious attention to your next book.” Success, then, depends upon the type of book you’re writing and whether it’s hardcover or paperback. The effects of e-books are changing these calculations as well.

Bestseller lists are good publicity tools, and being able to print “Bestseller!” in a banner above a book’s title will put a healthy glow on any author’s cheeks. But being a bestseller is by no means the only worthwhile gauge of a book’s value. Before my clients get too distracted plotting their strategy for attaining bestsellerdom, I like to make a promise I know I can keep: “We will write a terrific book.” That’s a goal worth having whether you sell 1,000 copies a year or 100,000. 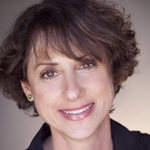 Lynette Padwa
Lynette Padwa is an award-winning author and writer who has collaborated on numerous books, including New York Times and national bestsellers. View her profile.