Facts which at first seem improbable will, even on scant explanation, drop the cloak which has hidden them and stand forth in naked and simple beauty.

Has the art of fact checking become as obsolete as phone books, cassette tapes, and floppy disks?

Fact checkers are defined as employees or freelancers in charge of verifying written information, usually in any nonfiction medium but also in fiction. Their tools may include their own stores of fact, the Internet, research journals, first-person interviews, and other resources.

For example, if an author claims in chapter 5 that the protagonist’s room was ransacked and only a table and a mattress were left, and in chapter 6 the victim pulls up a chair to the lone table to call the police, he or she has committed an error of continuity.

When you write or read of the Carribean, make sure it becomes the Caribbean; if the villain in a story plans an assasination, he should correctly be contemplating an assassination. It takes only a minute to check the dictionary.

All quoted material should be checked. Often writers will delete ellipses in a quote (which denotes missing words or sentences) and render the quote inaccurate. No word, phrase, or even comma should escape scrutiny. (Remember Eats, Shoots and Leaves?)

Several current blogs and magazine articles decry the dearth of fact checkers. The recent wave of downsizing at publishing houses, newspapers, and magazines, including those at the bottom—where the once-revered fact checker lives—has resulted in many recent faux pas, some quite serious.

The New Yorker has placed fact checking at the top of its journalistic ladder for the past 71 years. (Has it been 71 years? Let me check that. No, it is actually 87 years.) Even cartoons get the rigorous inspection usually reserved for more important stories. As an example, see “Cartoon Fact-Checking,” in From the Desk of Robert Mankoff, a blog in the online edition of the New Yorker, February 1, 2012.

Sara Lippincott, who had a passion for science, worked in the New Yorker’s fact-checking department from 1966 until 1982. As John McPhee, in his piece “Checkpoints” in the magazine, wrote of her:

In 1973, a long piece  . . .  called “The Curve of Binding Energy” received her full-time attention for three or four weeks and needed every minute of it. Explaining her work to an audience at a journalism school, Sara once said, “Each word in the piece that has even a shred of fact clinging to it is scrutinized, and, if passed, given the checker’s imprimatur, which consists of a tiny pencil tick.” The writer describes a paragraph from his sixty-thousand-word piece—which was about weapons-grade nuclear material in private industry and what terrorists might do with it—which presented Sara with a certain degree of difficulty. Physicist John A. Wheeler had told the writer about a Japanese weapon balloon landing on a nuclear reactor at the Hanford Engineer Works, in the winter of 1944 or 45. If Wheeler’s story were true, it would make it into print. If unverifiable, it would be deleted. Sara’s telephone calls ricocheted all over the U.S. Hanford Engineer Works, of the Manhattan Project, was so secret that the Joint Chiefs of Staff didn’t know about it. Sara finally located a site manager who confirmed that the balloon had landed on a high-tension line carrying power to the reactor. The fix was made and the piece ran.

Where does that leave us, the writers and editors, who don’t have the luxury of employing, even if they were available, experienced fact checkers?

Mac McClelland, once a fact checker at Mother Jones, in a December 21, 2011, article in Mother Jones, “A Propos Mike Daisey: Ode to Fact-Checking,” emphasizes the first rule of writing or editing: “Everything you read and hear is wrong. . . . It  [information] is, rather, presumed fallacious until proved otherwise.” Fiction is no different from reporting on a news event.

McClelland goes on to tell of one of their magazine’s fact checkers who actually called a bar in Mexico to ask, in Spanish, whether its floor was metal, as William T. Vollman had asserted in his story “Las Baladas Prohibidas: On the Trail of Narcocorridos, the Drug Ballads Mexicans Love to Hate.”

When it comes to fiction, the facts still must be taken into account, unless the writer has a good reason for tampering with them. Suppose a writer of a novel set in 1960s Vietnam describes China Beach as a rip-roaring, decadent place, filled with wanton women, drugs, and nightlife, when those who had actually been there described it as an idyllic, Eden-like respite from the war. It was Da Nang, the area around China Beach, that was actually rife with the highlife.

It may be fiction, but it ain’t fact.

Where do we, the writers and editors, turn to check our facts? As McClelland states, “Don’t even think the word “Wikipedia.” (Maybe it would more aptly be called Wackipedia.) She goes on to state that “every word of every factual statement must be traced to a primary source, whether a document or the corroborated accounts of independent experts or witnesses.”

Today, however, almost all research can be done on the Internet. For a complete list of resources, with links to literally thousands of fact-checking sites, check out the Journalist’s Toolbox’s “Recently in General Resources/Fact-Checking/Libraries Category”

The following are just some of the excellent resources on this website:

Bing Translator (tool that instantly translates a block of text)

Who, What, When Database  (key people and events from AD 1000 to the present)

word origins.org (information on where words come from)

How disappointed your “vigilante” readers will be not to find a single error of fact they can point to or your publisher can be sued for!

WANT TO REPRINT THIS ARTICLE ON YOUR SITE OR IN YOUR EZINE? You may, but only if you also include the following: “Copyright 2012 by Rena Copperman. All rights reserved. Contact: rjunecopperman@att.net – www.laeditorsandwritersgroup.com.” 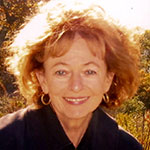