35 Quotes on Writing from Famous Authors to Inspire You 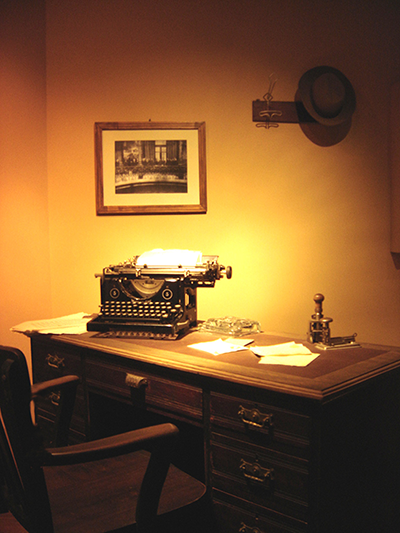 Writing is hard work, and no one knows this better than the people who do it faithfully, passionately, relentlessly, day after day. So how do they do it?

There are as many ways to write as to, say, cook or paint or exercise or build a house, but some wordsmiths who’ve made a go of it have come up with hard-won wisdom that just might work for you too. Along with being inspired, you may find reassurance that writing is indeed tough for everyone — even the greats — and their simple, thrilling sentences and passages are the consequence of innumerable rewrites, edits, and revisions, gnawed cuticles, cups of old coffee and swigs of worse, and moments of uncertainty, frustration, even despair. But when you’re a writer, you write. That’s what you do. No fast track.

Here gathered are some pithy picks from a few of my favorites, notably Stephen King, William Zinsser, and Anne Lamott (and a few more I couldn’t bring myself to leave out). So read, observe — then sit down, breathe in, and write!

What You’ll Need to Do First

“Read a lot and write a lot. There’s no way around these two things that I’m aware of, no shortcut…. If you don’t have time to read, you don’t have the time (or the tools) to write.” — Stephen King

“The greatest part of a writer’s time is spent in reading, in order to write; a man will turn over half a library to make one book.” — Samuel Johnson

“Amateurs sit and wait for inspiration, the rest of us just get up and go to work.” — Stephen King

“Write regularly, whether you feel like writing or not, and whether you think what you’re writing is any good or not.” — Anne Lamott

“Good story ideas seem to come quite literally from nowhere, sailing at you right out of the empty sky: two previously unrelated ideas come together and make something new under the sun. Your job isn’t to find these ideas but to recognize them when they show up.” — Stephen King

Lashing Self to Mast: Getting Started, Getting It Down

“The scariest moment is always just before you start. After that, things can only get better.” — Stephen King

“A schedule defends from chaos and whim…. Appealing workplaces are to be avoided. One wants a room with no view, so imagination can meet memory in the dark.” — Annie Dillard

“There should be no telephone in your writing room, certainly no TV or videogames for you to fool around with. If there’s a window, draw the curtains or pull down the shades unless it looks out at a blank wall.” — Stephen King

“The only way to learn to write is to force yourself to produce a certain number of words on a regular basis.” — William Zinsser

“Thirty years ago my older brother, who was ten years old at the time, was trying to get a report written on birds that he’d had three months to write, which was due the next day…. He was at the kitchen table close to tears, surrounded by binder paper and pencils and unopened books about birds, immobilized by the hugeness of the task ahead. Then my father sat down beside him, put his arm around my brother’s shoulder, and said, ‘Bird by bird, buddy. Just take it bird by bird.’” — Anne Lamott

“When asked, ‘How do you write?’ I invariably answer, ‘One word at a time’…. It sounds too simple to be true, but consider the Great Wall of China, if you will: one stone at a time, man. That’s all. One stone at a time. But I’ve read you can see that motherfucker from space without a telescope.” — Stephen King

“Perfectionism … is the main obstacle between you and a shitty first draft…. Almost all good writing begins with terrible first efforts. You need to start somewhere.” ― Anne Lamott

“Writing a novel is like driving a car at night. You can see only as far as your headlights, but you can make the whole trip that way.” — E. L. Doctorow

“Your first attempt will be terrible…. Remember that everything great you see started out as someone else’s bad first draft.…. Whenever someone sends me a manuscript and says, ‘It just flowed out of me,’ I usually think: Let it flow back into you for a while.” — Pamela Druckerman,

“I know some very great writers, writers you love who write beautifully and have made a great deal of money, and not one of them sits down routinely feeling wildly enthusiastic and confident. Not one of them writes elegant first drafts. All right, one of them does, but we do not like her very much. We do not think that she has a rich inner life or that God likes her or can even stand her.” — Anne Lamott

“When you can’t create you can work. “ — Henry Miller

“If the nails are weak, your house will collapse. If your verbs are weak and your syntax is rickety, your sentences will fall apart.” — William Zinsser

“Forget your generalized audience…. Sometimes it helps to pick out one person — a real person you know, or an imagined person and write to that one.” — John Steinbeck

“The road to hell is paved with adverbs.” — Stephen King

“There’s not much to be said about the period except that most writers don’t reach it soon enough.” — William Zinsser

“The first draft of anything is shit.” — Ernest Hemingway

“To write is human, to edit is divine.” — Stephen King

“If it sounds like writing, I rewrite it.” — Elmore Leonard

“Writing is easy. All you have to do is cross out the wrong words.” — Mark Twain

“Strip every sentence to its cleanest components…. Examine every word you put on paper. You’ll find a surprising number that don’t serve any purpose.” ― William Zinsser

“Try to read your own work as a stranger would read it, or even better, as an enemy would.” — Zadie Smith

“By the time I was fourteen the nail in my wall would no longer support the weight of the rejection slips impaled upon it. I replaced the nail with a spike and went on writing.” — Stephen King

“Very few sentences come out right the first time, or even the third time. Remember this in moments of despair. If you find that writing is hard, it’s because it is hard.” — William Zinsser

“Sometimes you have to go on when you don’t feel like it, and sometimes you’re doing good work when it feels like all you’re managing is to shovel shit from a sitting position.” — Stephen King

“Your feelings are none of your business.” — Annie Dillard

Books and Bibles on Writing

Here are some of our winners, in no particular order. Have we left one of your favorites out? Weigh in below and let us know.

In addition to writing and editing for books and magazines in New York and Los Angeles, Kate Zentall has extensive experience doing the same for websites (Disney, eHarmony, Shop.com, MyLife, and more). Current specialties include memoir and personal statements. View her profile.