How Reading Improves Your Writing 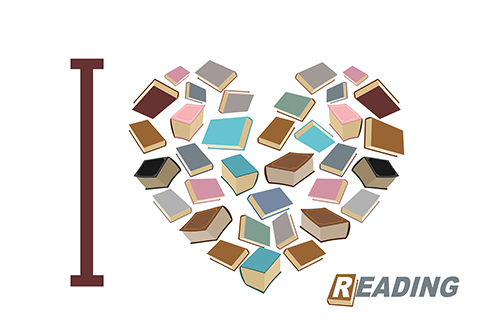 When I was once serving on an editors’ panel at a writer’s conference a woman asked what would help her become a better novelist. I suggested she seek out and read the best and the brightest. A colleague on the panel disagreed, claiming that reading was important but had never helped anyone become a better writer. The panel had already run into overtime, so we had no time for debate. But afterwards, over a glass of wine, my colleague and I got our chance to mull over the question.

I agreed with her that if we want to hone our craft it’s essential that we exercise our writing muscle every day — we have to invest the time if we expect to see results. But, I said, we also need to expose ourselves to the work of excellent writers.

I made an analogy to cooking. I consider myself a connoisseur of Italian cuisine, southern style in particular, schooled since childhood in my Italian grandmother’s kitchen. I can tell by tasting a sauce if it’s too thin or thick, short on spices or overwhelmed by herbs, or if it has the perfect balance of sweetness and bite. I learned to cook by experimenting, making more mistakes than I’d like to admit, but I also learned a great deal by tasting the cooking of fine chefs. I’m inspired to replicate the best, sometimes by improvising, other times following a recipe. More often than not, I deviate from the tried and true, keeping what I like, losing what I don’t. There’s a lot of trial and error in my method, but that’s how I developed my uniqueness as a cook. Still, if I had never sampled a sublime risotto or an aromatic pesto or a fragile crespelli, I’m not sure I’d know what to expect or hope for when I made one of these dishes for the first time.

Reading good books does the same thing for a writer. We learn from the masters about thick and thin, sweetness and bite, story and structure, character and dialogue, voice and point of view. Reading great writing challenges and inspires us to improve our craft.

At the end of dinner my colleague and I came to a simple consensus: Read a lot; write better.

Here are five great contemporary novels that will help anyone, by example, become a better writer.

TransAtlantic: Colm McCann’s prose is extraordinarily beautiful, and that alone makes him worth reading, and his use of structure is innovative and imaginative. In TransAtlantic, he divides his story into two parts, skillfully mixing real-life characters with fictitious ones, moving back and forth in time while crisscrossing countries. The first part of the book begins with aviators John Alcock and Arthur Brown in 1919 during their transatlantic flight from Newfoundland to Ireland; the story then switches to Frederick Douglass’s visit to Ireland during the Great Famine (1845-46) where he is advocating for his abolitionist cause; and finally, it fast forwards to 1995 when U.S. Senator George Mitchell is assisting with Northern Ireland’s peace talks. In the second section of the book we meet three generations of Irish women whose lives have interacted with each of the characters from Part I.

A Visit From the Goon Squad: Jennifer Egan’s bold novel is a collection of interconnected stories. A character may have a walk-on role in one story only to emerge as the lead in the next. Some characters recur more than others. Every story has a unique voice, tone, and mood, with one story even told as a PowerPoint presentation. Each chapter stands alone and can be read as a separate story. Taken together, the stories provide a provocative and powerful look into the characters’ entangled lives.

All the Light We Cannot See: Anthony Doerr’s novel, constructed of 187 chapters — some shorter than a single page — is another example of innovative structure. The elegant, compelling, and award-winning book tells the story of a blind French girl forced to flee her home in Paris when the Nazis invade, and a German orphan boy with a passion for science and a talent for building radios, who is forced into joining the Hitler Youth. Both are victims of the war whose paths collide in occupied France. The novel alternates between the two protagonists, suspending one narrative thread to resume the other, increasing the drama and tension.

The Virgin Suicides: Jeffrey Eugenides makes use of the unique first-person plural when telling the powerful story of the Lisbon sisters. The story opens with the ambulance arriving “on the morning the last sister took her turn at suicide.” Some of the neighborhood boys — we never find out how many — narrate the story, attempting some 20 years after the suicides to make sense of what happened. The use of first-person plural represents collective memory and serves as a Greek chorus.

The Story of Lucy Gault: William Trevor, a poetic storyteller, portrays his characters by telling us what is missing from their lives, rather than spelling out what they have, leaving us to figure out what’s wrong. Readers have to pay close attention, but the answers are all in the story. Trevor alternates chapters between Lucy and her parents to tell the story, and moves seamlessly across the twentieth century.

There are, clearly, many other wonderful novels out there to read. As William Faulkner said:

Read, read, read. Read everything — trash classics, good and bad, and see how they do it. Just like a carpenter who works as an apprentice and studies the master. Read! You’ll absorb it. Then write. If it’s good, you’ll find out. If it’s not, throw it out of the window.

If you would like to reprint this article, please contact the author directly at bdspub@aol.com for permission. 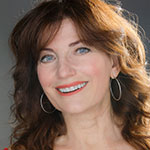