Does a Book Idea Always Warrant a Book? 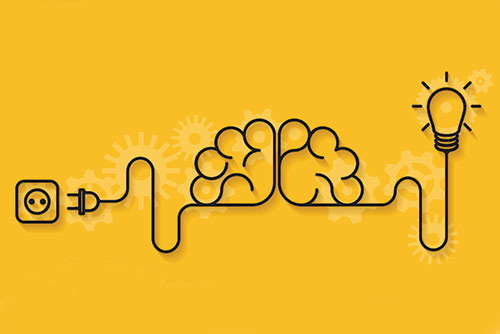 A few months ago my cousin James, a noted professor of psychiatry, asked me for help in advising one of his psychiatry residents. James explained that this young man’s sister had grown up with an intense and unusual type of obsessive-compulsive disorder (OCD) that had nearly destroyed her life. The sister had spent long stretches of her childhood unable to leave the family home. But something remarkable happened. She found her way to a college that offered a unique engineering program. Studies hooked her. As she became captivated by the intellectual activity, she pushed herself through her fears and overcame her OCD. She is now a highly successful engineer, and she and her husband are adventurous, risk-taking professionals doing amazing things.

James reached out to me because his resident’s sister wanted to write a book about how she salvaged her own life by finding a passion that helped her to overcome a debilitating illness. She asked her brother, as a mental health professional, to write the book with her — to include his own clinical observations, helping her (and as a result readers) to understand what happened. In other words, she hoped to round out the impact of her story.

The young woman’s reason for writing the book: to inspire and educate others. James worried they might have grand ideas, and he was wondering how to best advise them.

My cousin reached out to me because a dozen years ago I helped his mother, my aunt, to write the story of her life as a way of healing her pain after she lost her husband. James and I have had many conversations about how this writing project — which did eventually turn into a book — became not only healing but life-changing. My role in the process? Wearing my editor’s hat, I helped my aunt to give the process some structure, and eventually some of the momentum to take it to the finish line.

The question James and I discussed, a question that comes up in every writing class I teach and with nearly every client, is this: Is every story worth telling?

I say the answer is yes, with an asterisk.

First, everyone must face the startling and scary facts — here are only a few:

The good news is this: If you allow yourself to be a writer and to write, to dive into the process, the experience is likely to be profound.

In one of my favorite memoirs, Just Kids, Patti Smith writes about how she and Robert Mapplethorpe moved to New York and pretended to be artists, and in doing so, they became among the most influential artists of our time.

That’s not to say your book will be one of the 100 best books ever published or that you’ll become a bestselling, world-famous author. It’s not to say the process of writing that book won’t involve anguish, angst, sorrow, and way more time than you probably imagine.

It is to say if you have a book idea, you ought to sit down and write it. Find the resources to help you — and “steal” ideas from the best writers, innovators, and artists (read Austin Kleon’s Steal Like an Artist: 10 Things Nobody Told You About Being Creative.) As Kleon writes, musicians learn to play by practicing scales, painters learn to paint by copying from the masters, and many of your favorite bands probably started out as cover bands.

So sit down and write. If you need someone to help you, find a coach, an editor, a writing partner or writing group, a reader, a mentor. Give yourself time, give yourself some constraints (e.g., Dr. Seuss gave himself 50 words to use to write Green Eggs and Ham). Give yourself deadlines.

And honor the process.

Amy Friedman has written, ghostwritten, and edited dozens of memoirs and creative nonfiction works. She has published thousands of essays and stories, and writes the internationally syndicated newspaper feature Tell Me a Story. View profile.