When you fill a blank page with your first sentence it can feel like a minor miracle. From nothing: something. From too many ideas about how to begin your essay, novel, nonfiction book, you home in on one and make your initial authorial decision. You may change that first sentence dozens of times, but by getting it down on paper (onto the screen) for the first time, you take the dive. Whatever follows, you’re in the pool. You’re word-swimming. You’re on your way. And it may be surprising to realize how much power that first sentence has.

Not only is it key to attracting your reader, it provides the energy and ideas that will inspire you to formulate the first paragraph, the first chapter, the entire work. It points you in a specific direction so that you’re no longer at a crossroads wondering if you’ll ever be able to write this article, story, or book.

First sentences can perform a number of functions, including:

A first sentence may drop the reader into an action-filled scene, the internal world of a main character, or the thick of a philosophical controversy. Some writers don’t want to make their readers wait to get to the good stuff—they choose to give it to them from the get-go. Others use a first sentence to slowly begin to weave their way into the narrative.

On a purely practical level, a first sentence should entice the reader to keep reading. A friend of mine says she always reads at least a hundred pages of a book before she gives up on it, pronouncing it too generic, too stylistically challenging, or just not her thing. Other readers aren’t quite so generous. If they can’t get into a book in the first chapter or so, they pass. Authors of print articles and blogs confront an even tougher test: hook readers with your headline, first sentence, or initial paragraph—before they turn the page or click on to something else.

So, first sentences matter. Here are a few examples of winners plucked at random from my bookshelves:

“Air-conditioned, odorless, illuminated by buzzing fluorescent tubes, the American supermarket doesn’t present itself as having very much to do with Nature.”

“Afterward, he tried to reduce it to abstract terms, an accident in a world of accidents, the collision of opposing forces—the bumper of his car and the frail scrambling hunched-over form of a dark little man with a wild look in his eye—but he wasn’t very successful.”

“There is an internal landscape, a geography of the soul; we search for its outlines all our lives.”

“It was a Saturday afternoon on LaSalle Street, years and years ago when I was a little kid, and around three o’clock Mrs. Shannon, the heavy Irish woman in her perpetually soup-stained dress, opened her back window and shouted out into the courtyard, ‘Hey, Cesar, yoo-hoo, I think you’re on television, I swear it’s you!’”

“Ships at a distance have every man’s wish on board.”

Like most enjoyable activities, reading involves a certain degree of chemistry. That is, the material either resonates with the reader or not.  And that resonance/attraction begins with the first sentence. I happen to be attracted to each of the above first sentences. You may not be, and that’s okay. The trick as a writer is to attract readers while staying true to the appropriate voice for the piece. Simply beginning with a provocative or shocking sentence in order to grab your reader is not the answer. Piquing the reader’s interest by authentically and compellingly delving into character, environment, plot, or concept is.

That’s a weighty task for a lone sentence, but whoever said going first was easy? 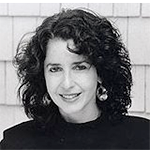 Laura Golden Bellotti
Writer and ghostwriter of nonfiction books, and developmental/conceptual editor, Laura Bellotti began her career as an editor at Jeremy P. Tarcher (now an imprint of Penguin), where she acquired and edited the bestselling Women Who Love Too Much. View her profile.